Masterplan to turn a brownfield site into a business and neighbourhood park, Ghent, BE

The project site is situated in a complex context of ongoing redevelopment projects. The masterplan is the last piece of the puzzle that should make the transition between a big industrial zone and a densely populated neighbourhood facing a lot of socio-economic challenges. This strategic site has the potential to do just that and even create synergies while doing it. I will create an added value for the neighbourhood and for the social enterprises that will be located in the future business park. 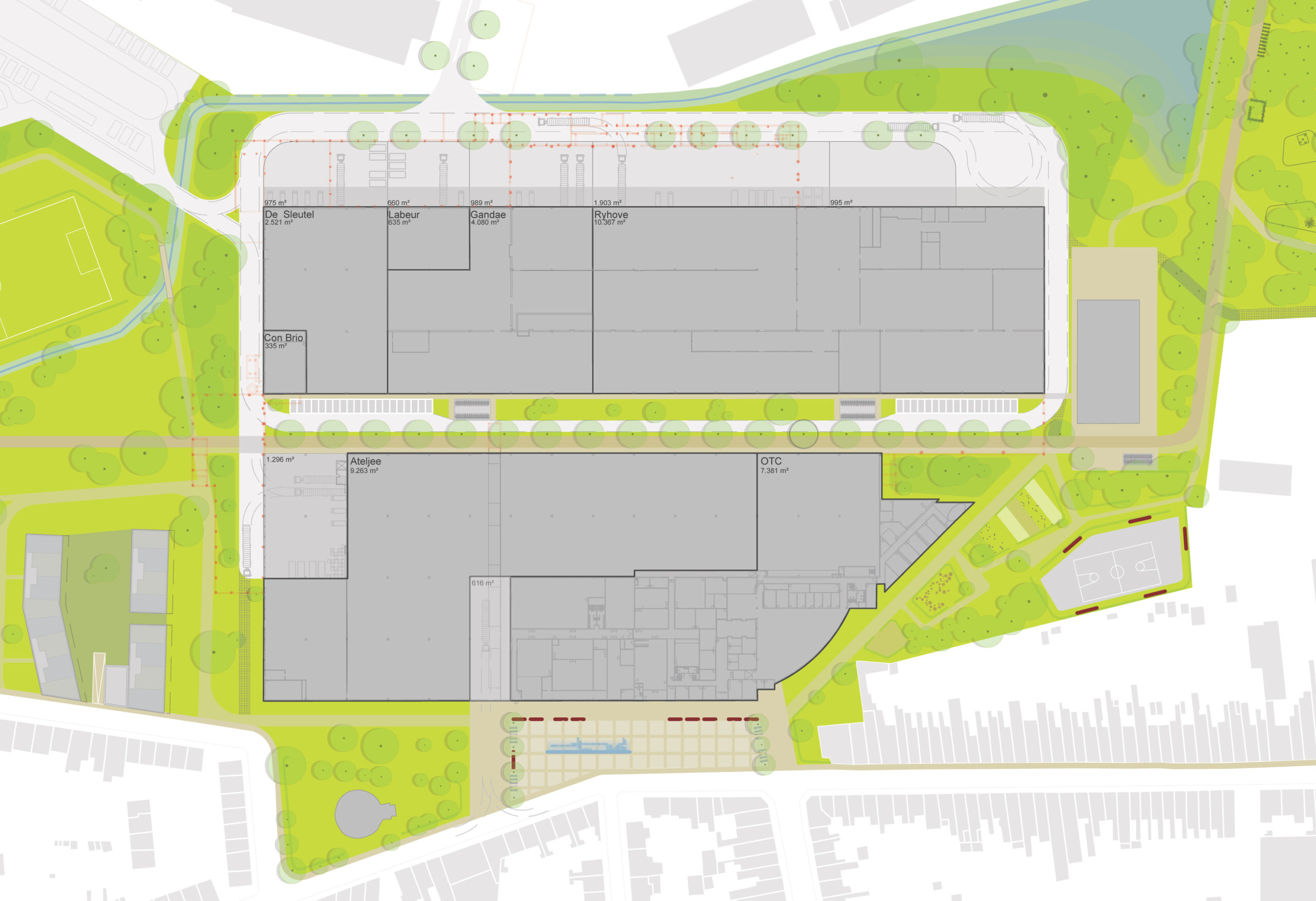 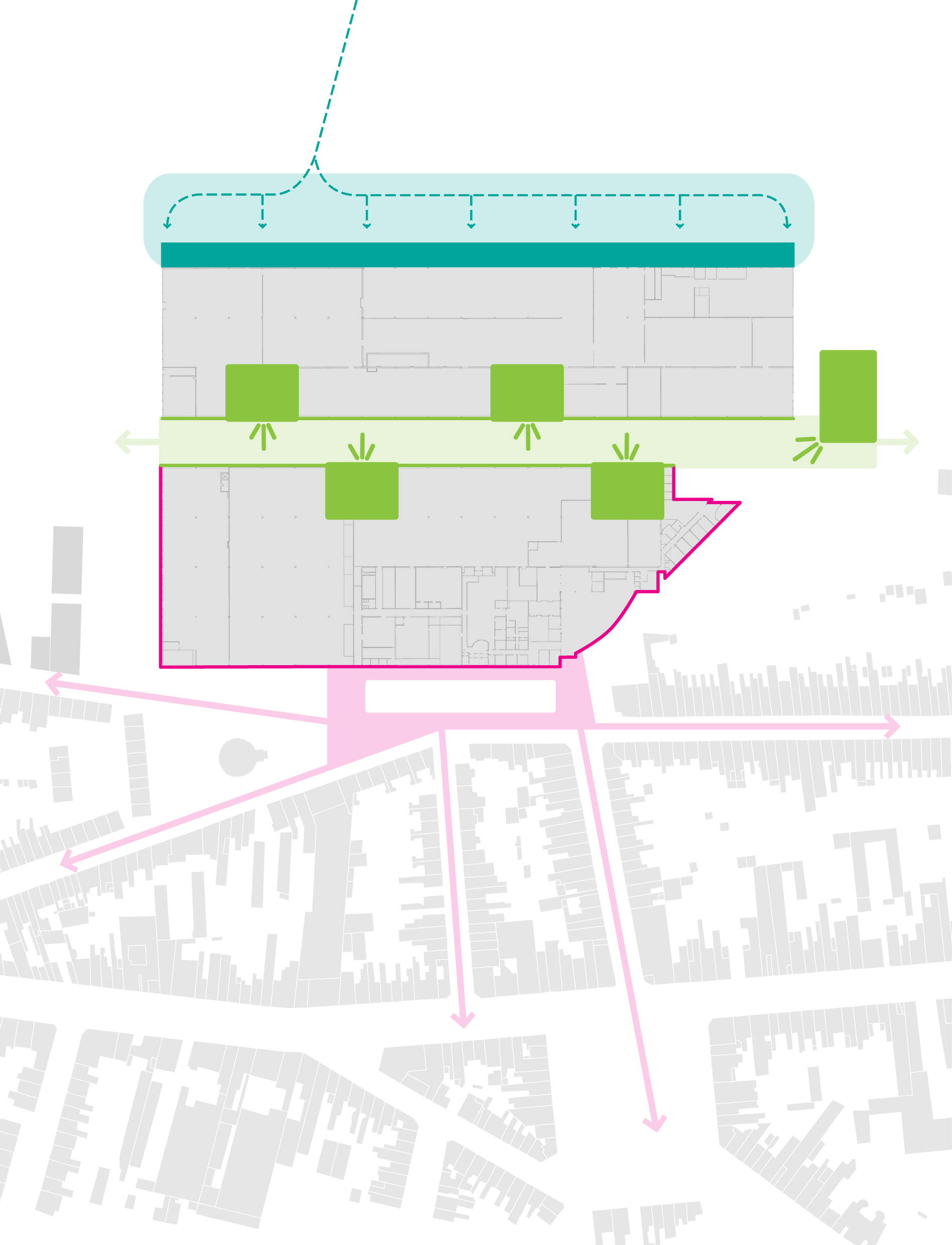 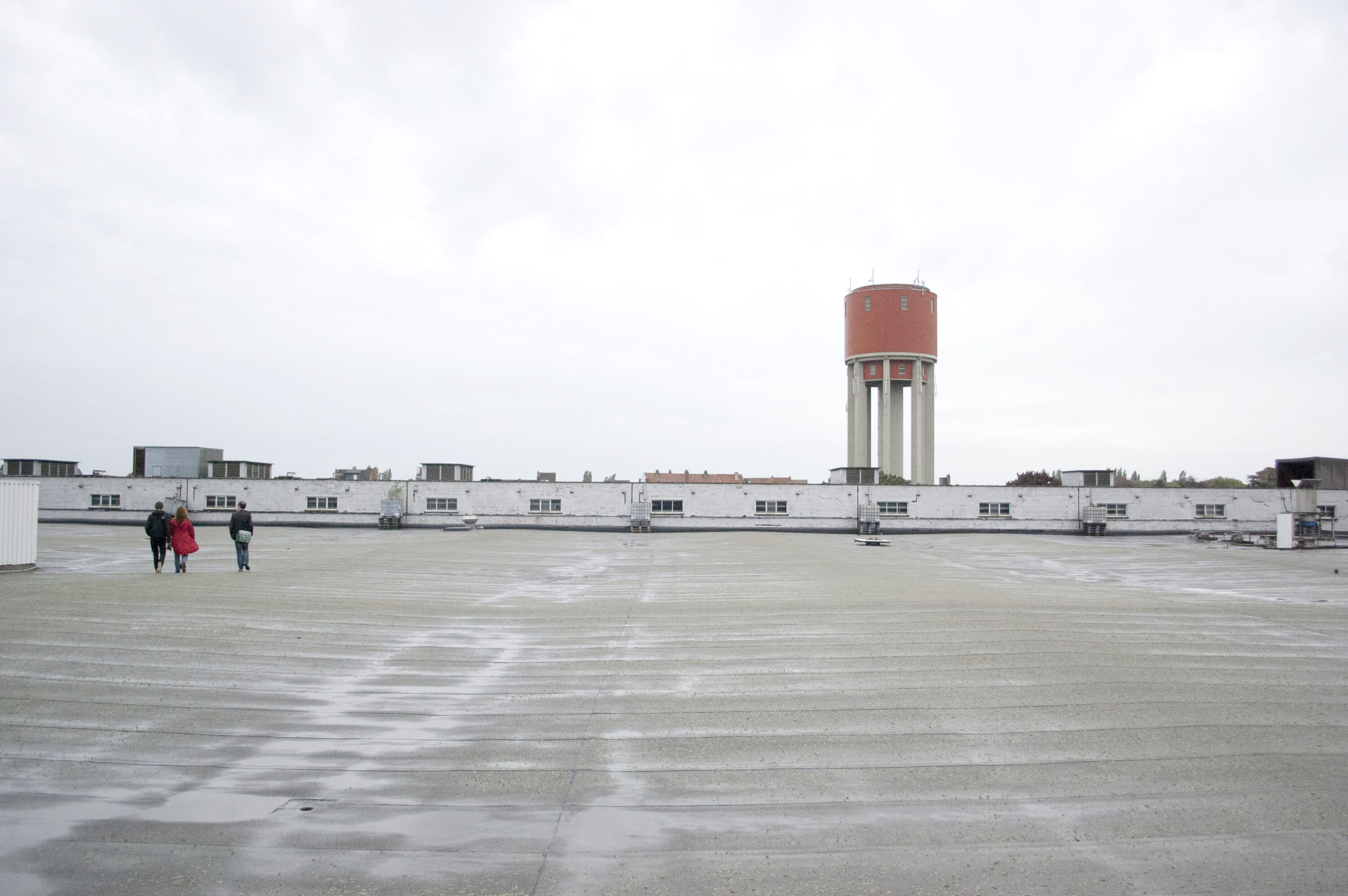 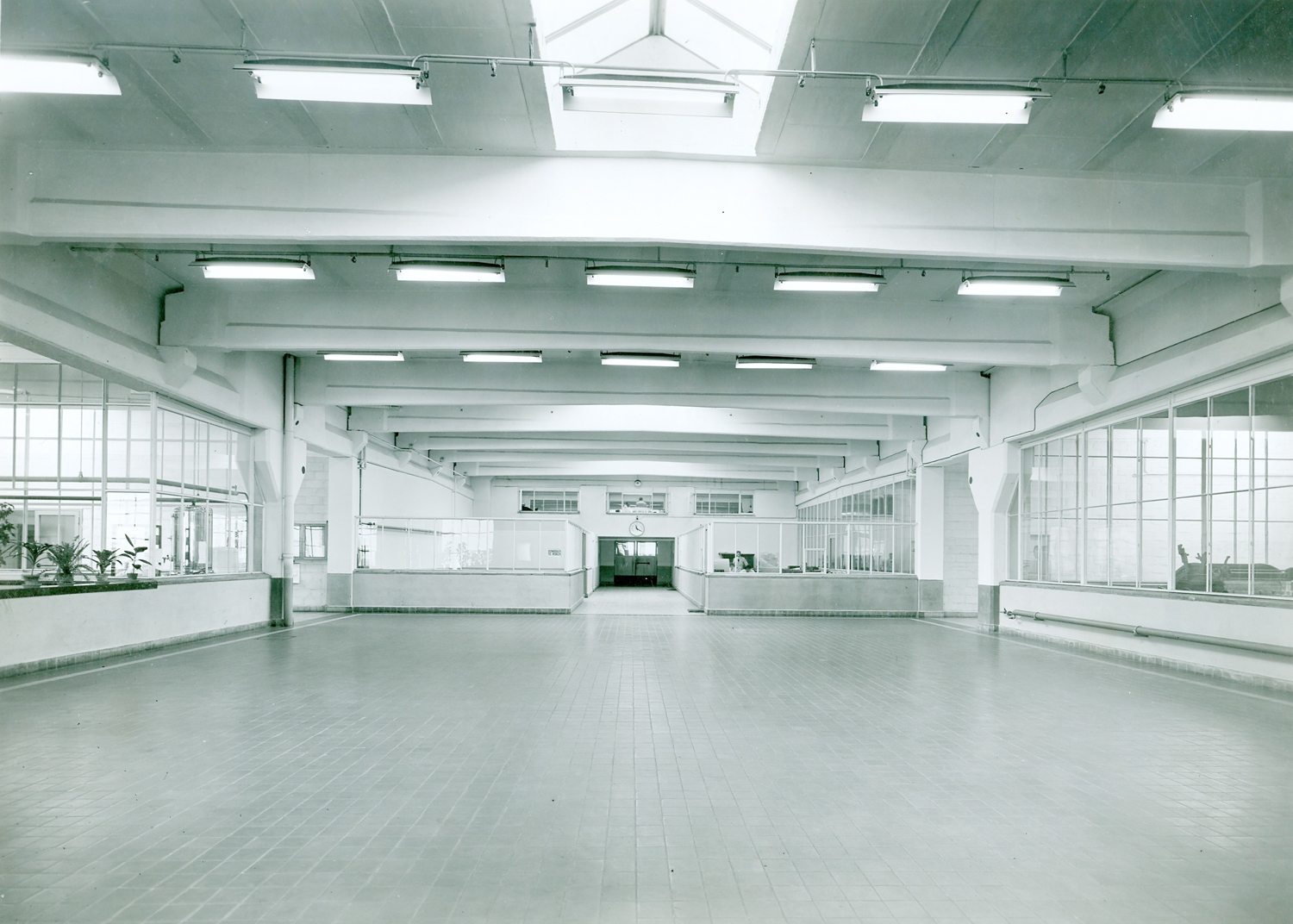 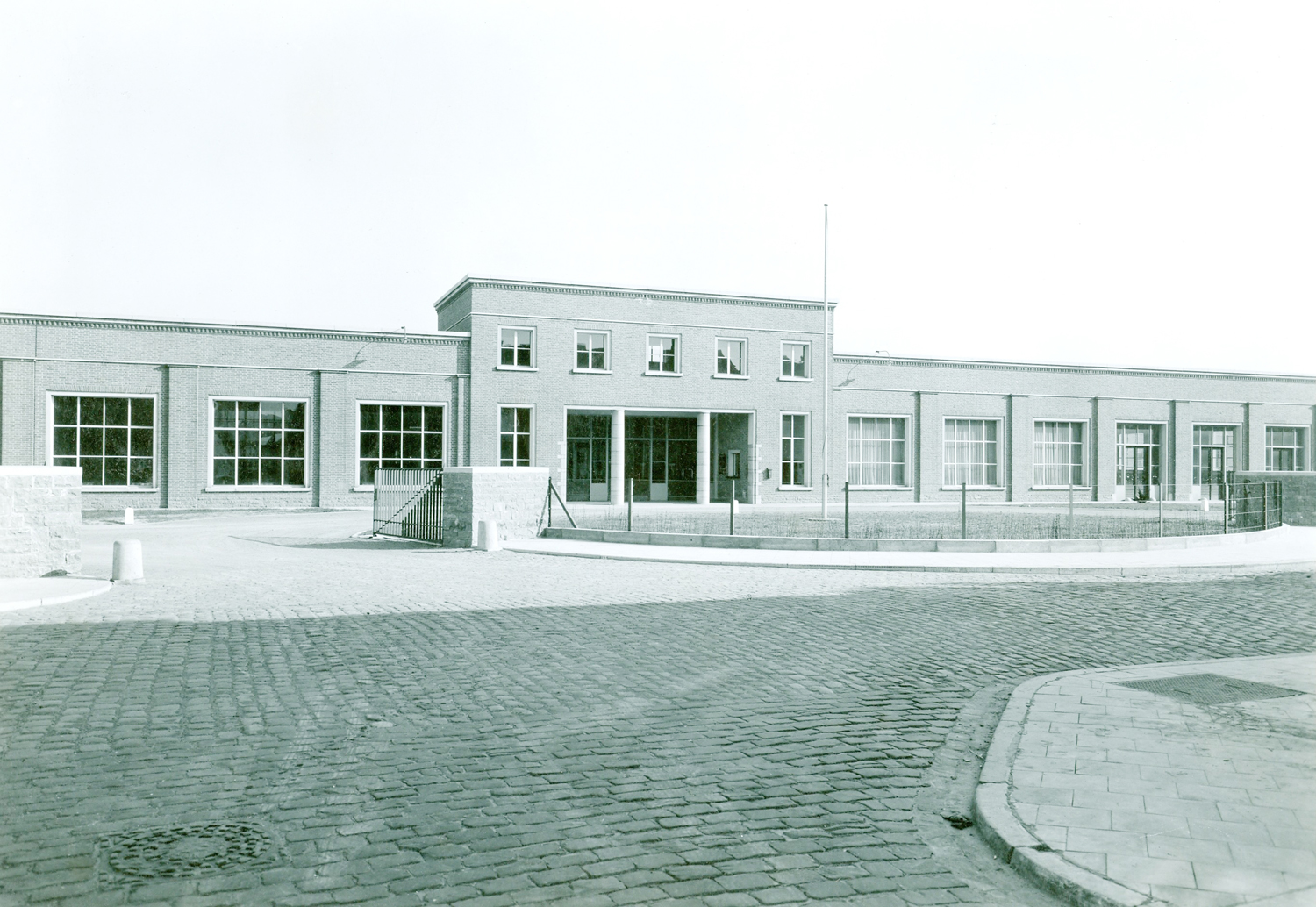 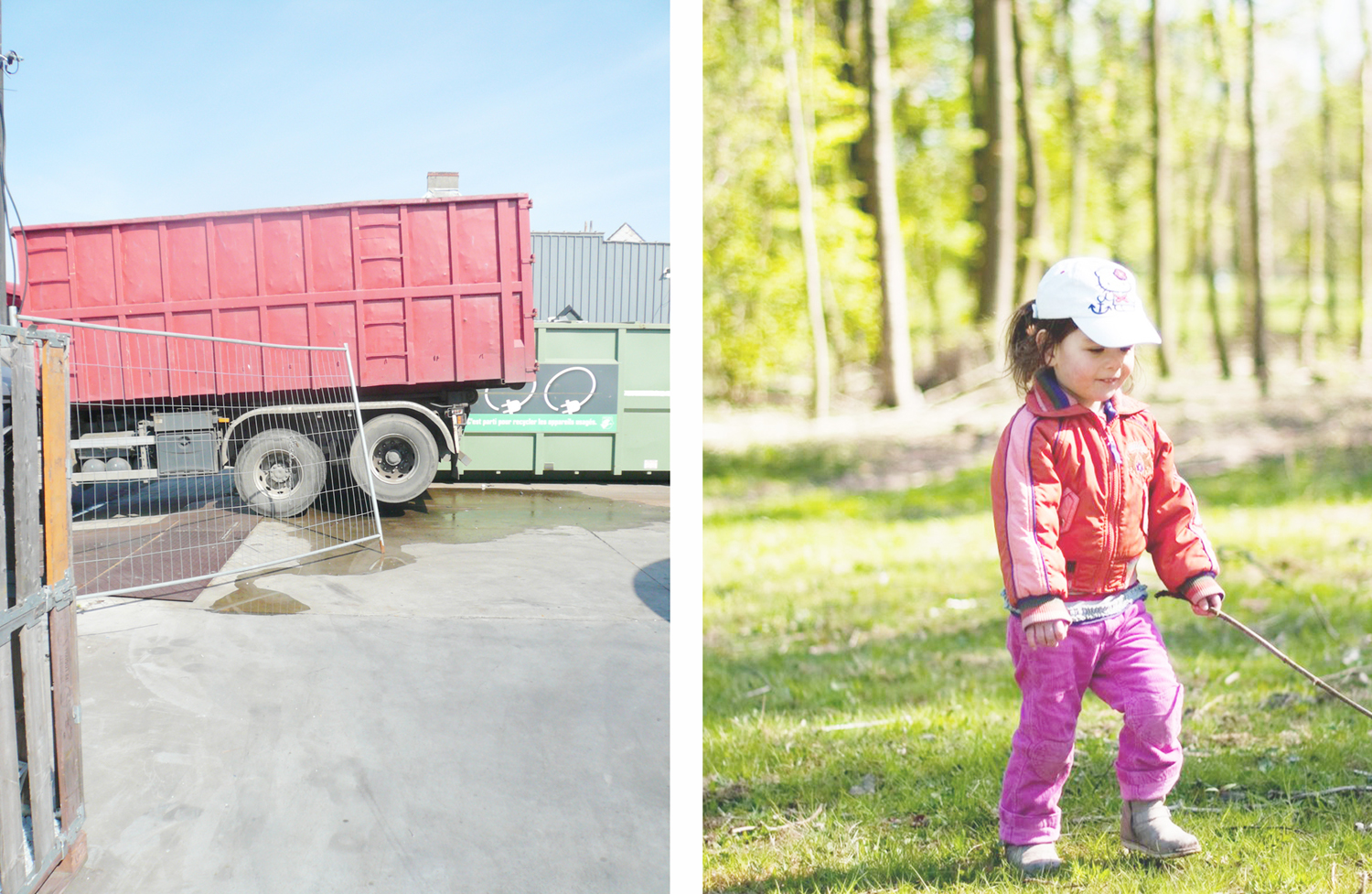 The old textile factory with a surface of 45.000m² will be turned into a business park for companies specializing in social employment, thus bringing jobs to the neighbourhood. The rest of the site will be turned into a new neighbourhood park in which water plays an active role. It is one of the last opportunities to create extra green space for this densely populated neighbourhood. Social, ecological and economic sustainability are combined into an ambitious project.

The project was granted a so-called concept subsidy by the Flemish government for innovative urban renewal projects. BRUT was selected to carry out this concept study. The process was an example of negotiation design, using design research to feed the negotiation between many different stakeholders with often seemingly contradictory desires. Based on the results of the concept study the project was granted a substantial project subsidy to help getting it implemented.

City of Ghent (subsidized by the Flemish government)

Project subsidy by the Flemish government