Renovation of Schuman Square and surroundings, European Quarter, Brussels, BE

Together with Danish architects COBE, BRUT won the international competition to redesign Place Schuman in Brussels. Located in the middle of the European Quarter and in between the main institutions of the European Union, Place Schuman constitutes the entrance to the EU. The project transforms a heavily trafficated roundabout into a pedestrianized urban space and meeting point. Inspired by the shape of the European Parliaments’ hemicycle, a reflective roof covering an urban agora unites all citizens and institutions of the EU and transforms the European Quarter from a city for cars into a city for people. 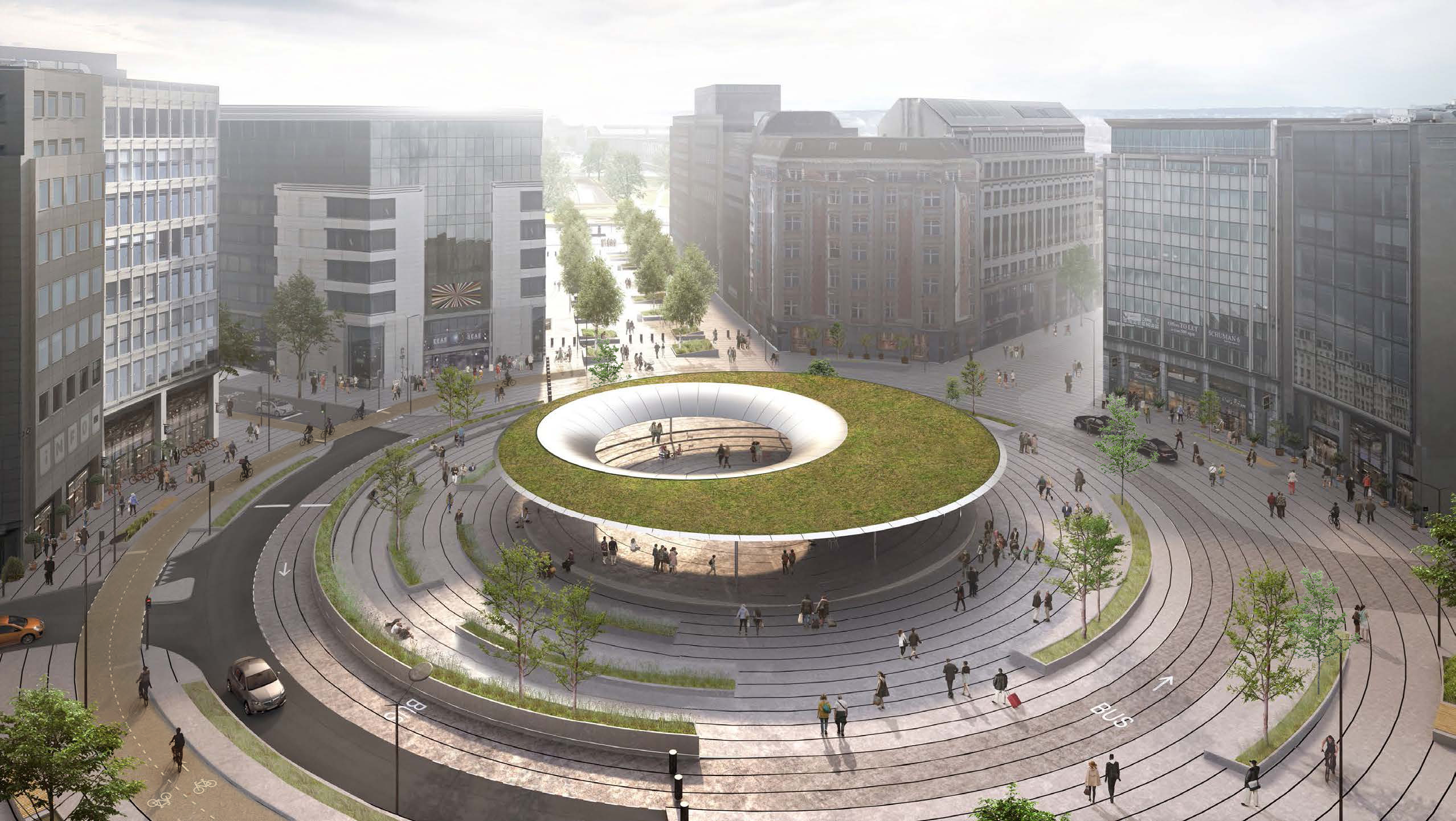 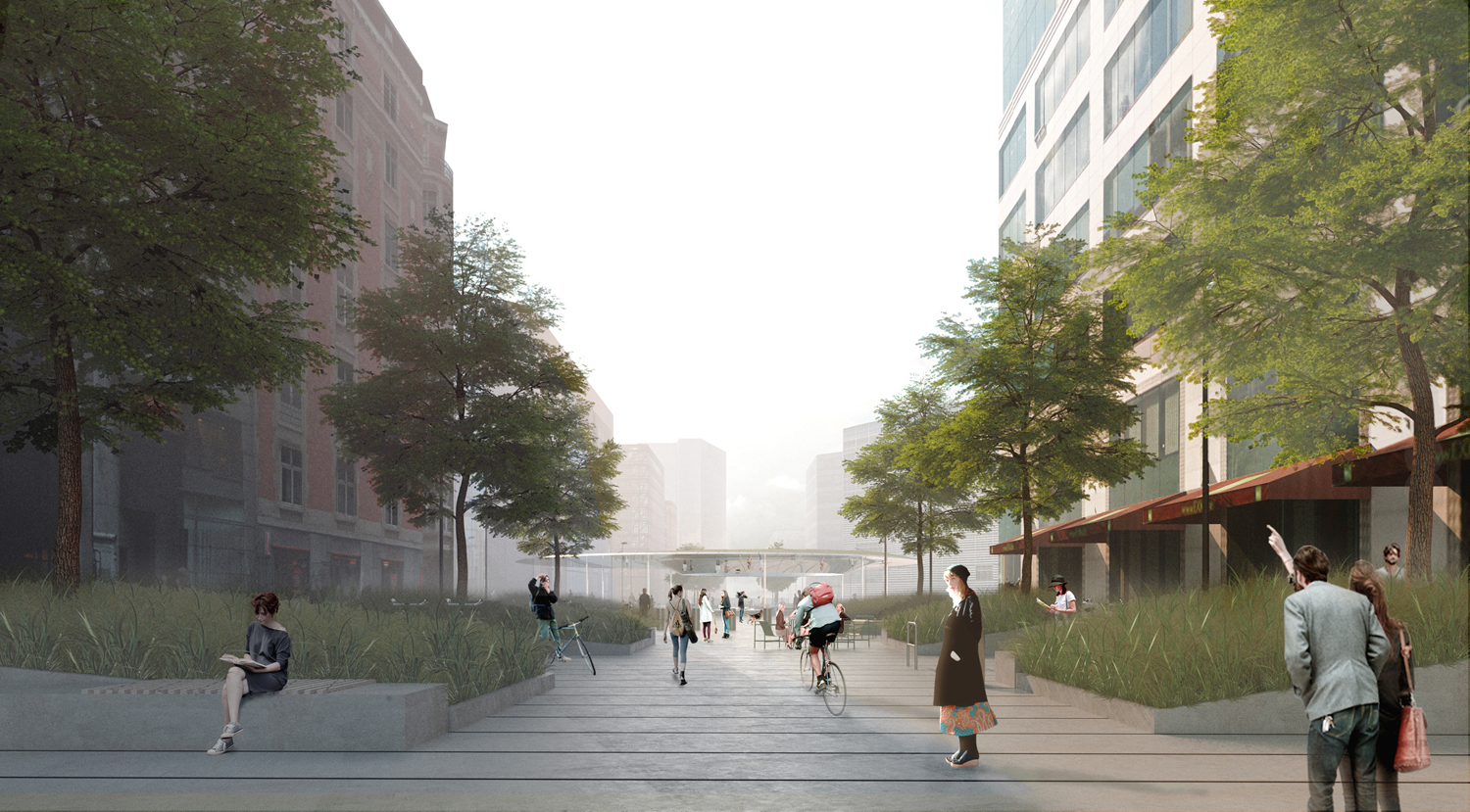 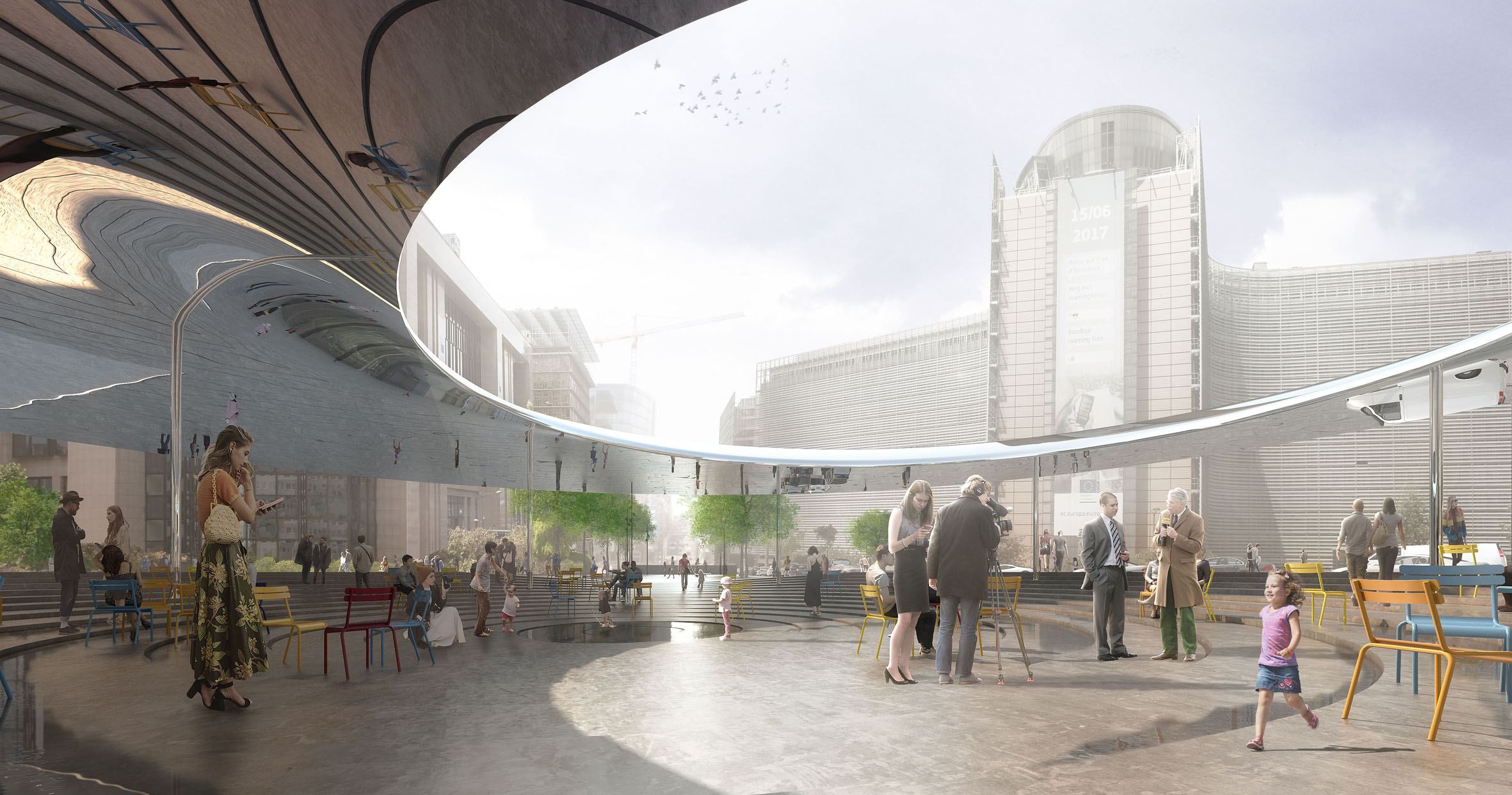 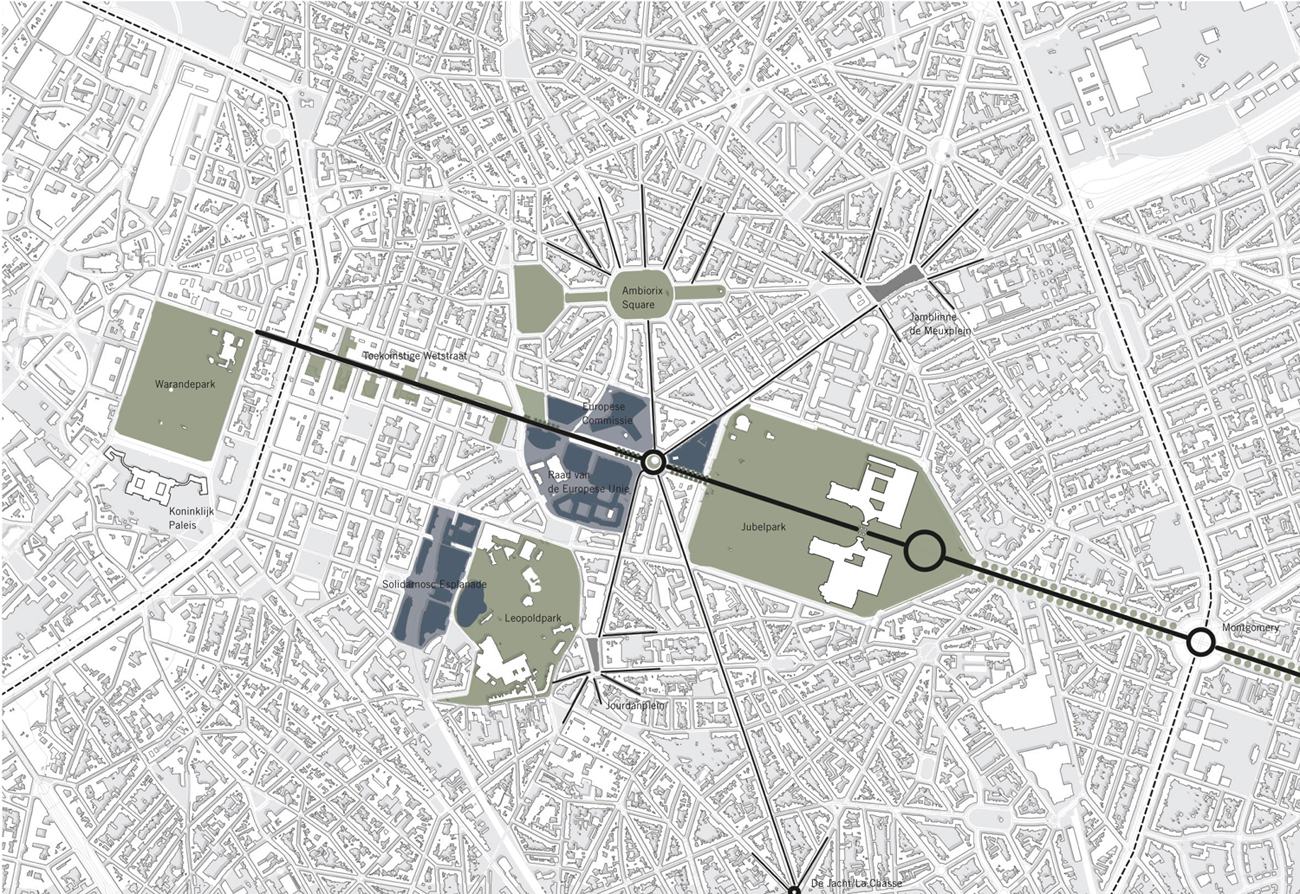 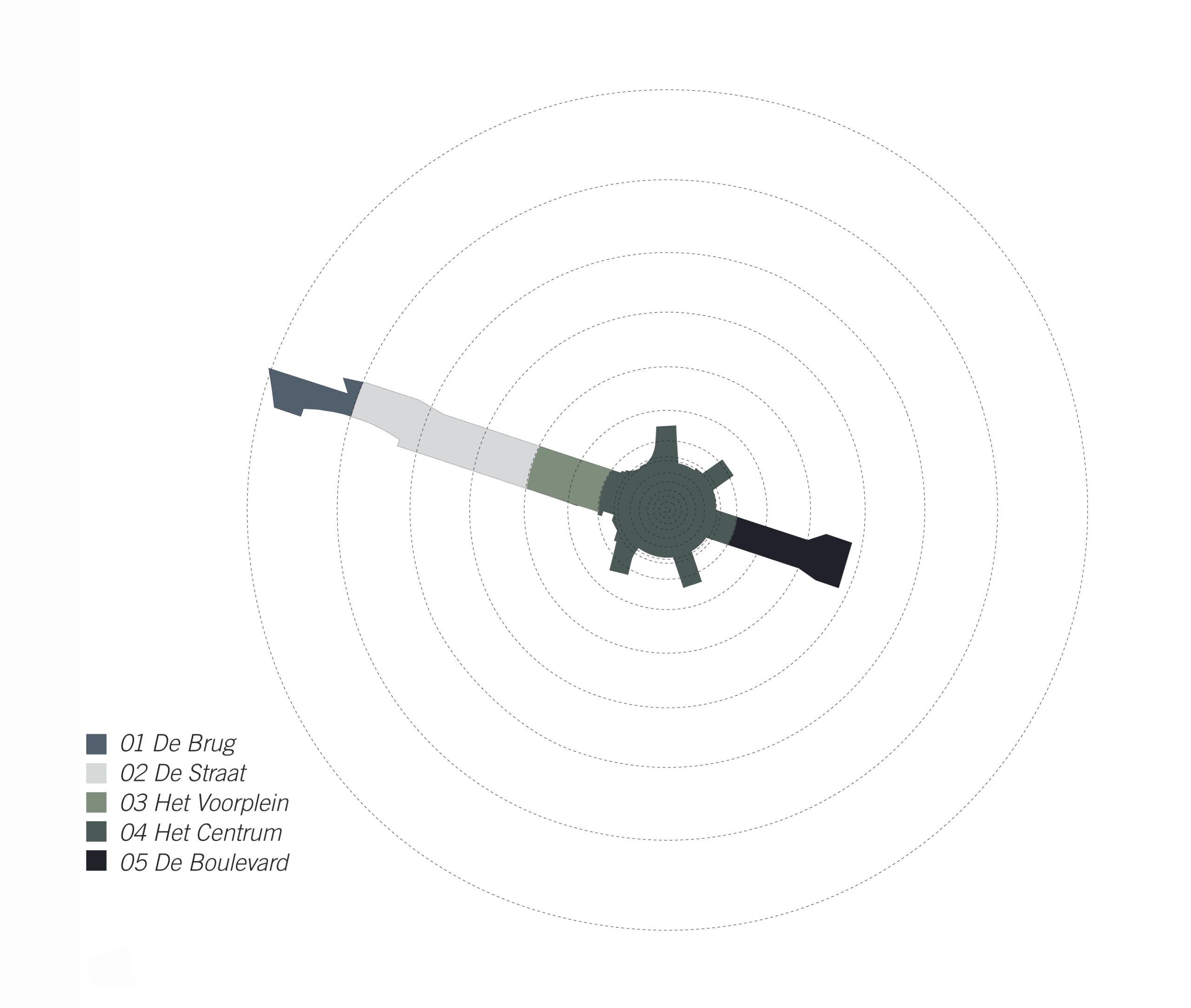 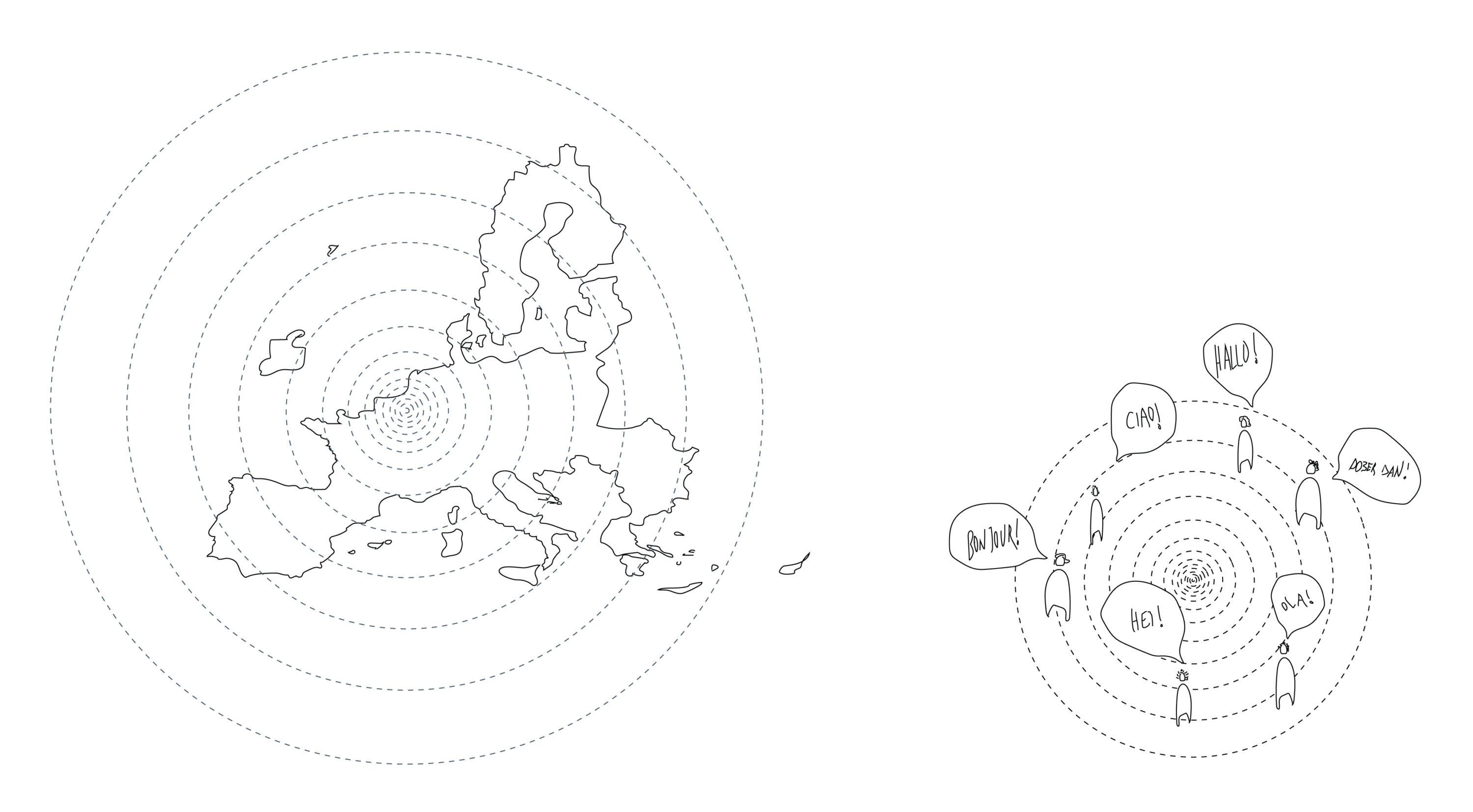 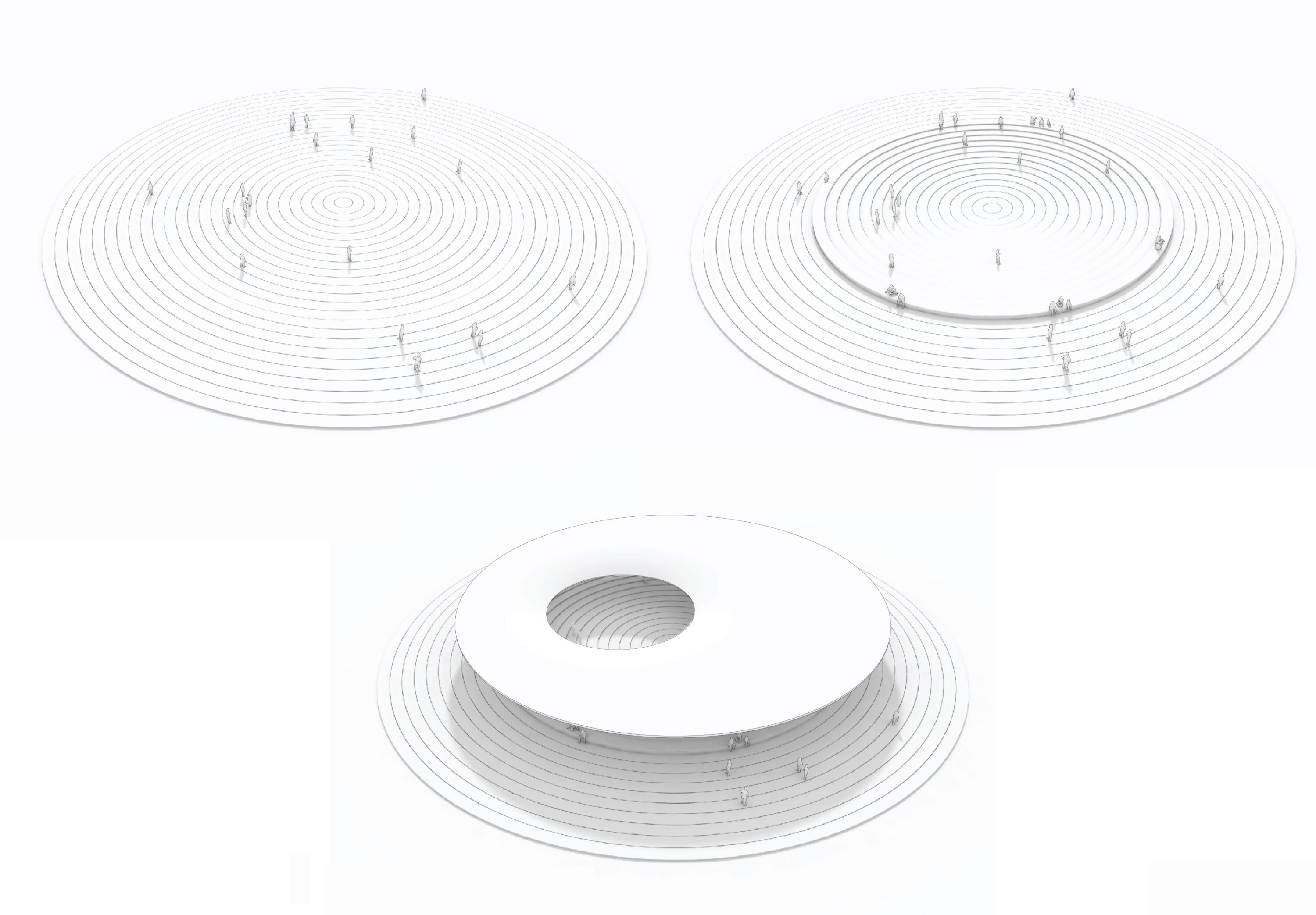 The competition was launched in December 2015 by the Brussels government. An independent jury of experts, presided by Brussels Chief Architect Kristiaan Borret, made its choice, later confirmed by Minister-President of the Brussels Region Rudi Vervoort and Brussels Minister of Mobility Pascal Smet.

Today, Place Schuman is a heavily trafficated roundabout with little space left for pedestrian life. Surrounded by the main institutions of the European Union, including the European Council and the European Commission, Place Schuman constitutes the entrance to the EU and a highly symbolic location in the heart of Europe. In the future, it will be transformed into a pedestrianized urban space and meeting point for the entire EU. The project consists of an agora covered with an iconic metallic roof structure reflecting the square and the people below. A funnelled opening in the roof frames the surrounding institutions of the European Union on the square. Surrounding the agora, a large pedestrian area with a continuous pavement will connect Place Schuman to the neighbouring Cinquantenaire Park on one side and the bridge of Rue de la Loi over Chaussée d’Etterbeek on the other. Within this vast area, different realms are created and a multitude of activities can be accommodated. The agora is made up of concentric stairs and this pattern of concentric lines is continued in the rest of the surrounding public space, further underlining the idea of Place Schuman as the centre of European democracy and creating coherence.

Design and execution of the refurbishment of the Schuman Square